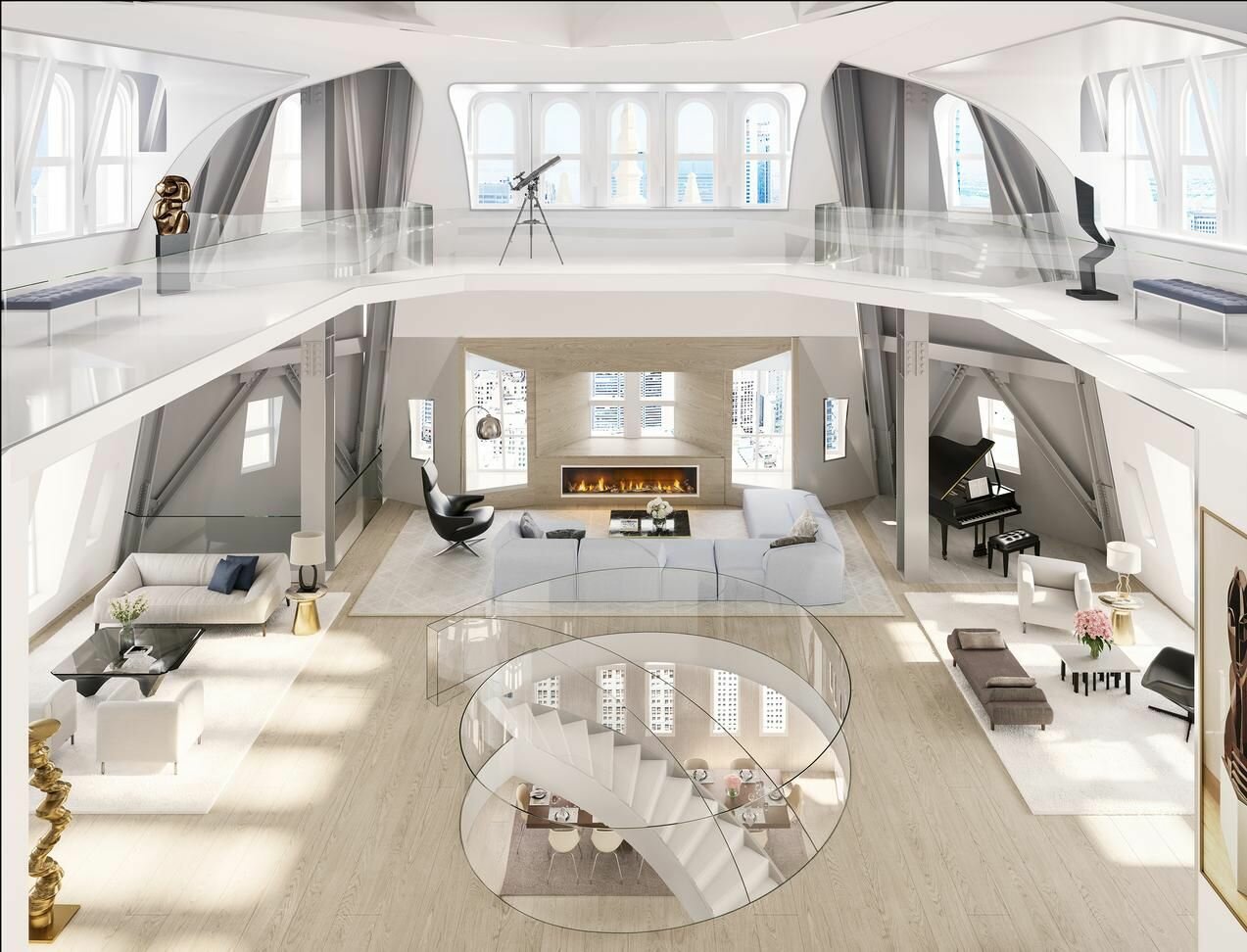 For the past four years, real-estate developer Ken Horn has been grappling with a pricey puzzle: how to sell the spectacularly set, oddly shaped, five-story penthouse in Manhattan's Woolworth Building.

Just inside the historic structure's copper-clad pinnacle, the unit on a recent day looked like an enormous, sunny white cylinder with a hodgepodge of windows. Surrounded by four turrets, the property comes with a private, 360-degree observatory deck with elaborate Gothic ornamentation. When the building was completed in 1913, it was the tallest in the world.

The space could be transformed into one of Manhattan's most unusual apartments. The only problem is that no one seems to know what exactly to do with it.

One prospective buyer wanted to turn it into an enormous one-bedroom bachelor pad, Mr. Horn said. Another wanted to install a small office on a hydraulic lift so that, by pressing a button, he could raise himself up to the level of the observation deck while he worked. One architect wanted to designate some of the space as cold storage, so owners could stash their fur coats.

"Even architects couldn't necessarily conceive of the space," Mr. Horn said. "We realized this is way too complicated for 80% of the people who are going to see it."

The unit has been available for purchase since 2015, when the building first launched sales, but Mr. Horn began marketing the penthouse in earnest in 2017, he said. He is now lowering the price to $79 million from $110 million to drum up more interest.

"We realize that the market has fallen a bit, and we're realistic," Mr. Horn said, adding that his company, Alchemy Properties, has lowered asking prices in the building by roughly 10%.

Mr. Horn also tapped David Hotson, an architect known for designing quirky spaces, to come up with a design for the penthouse. He's hoping it will help would-be buyers imagine how they might live there. Mr. Hotson recently designed a home in a nearby building with a roughly 50-foot tall living room and a tubular steel slide. He called that project "superb practice" for the unusual Woolworth space.

His concept for the penthouse calls for a large two-story yacht-like living room with a 360-degree mezzanine level reminiscent of the upper deck of a ship, a separate quirky library level with a collection of scattered windows situated both at eye level and overhead, and a central staircase that would allow the owner to peer down from the main level of the penthouse to the lower levels.

The developer is also trying to leverage the building's past. The neo-Gothic tower, commissioned by dime store magnate Frank W. Woolworth, was known as the Cathedral of Commerce when it opened. It was designed by Cass Gilbert, a former assistant of Stanford White, and served as offices until Alchemy purchased the building's top floors building and began planning the conversion.

The development launched just as the market began to tumble, and sales have been slow. Mr. Horn said they have picked up since the units reached completion, allowing buyers to actually tour the apartments. The 32-unit building is now over 30% sold or in contract, he said.

The downturn in the New York luxury market is unusual, he added, because the economic fundamentals are still reasonably strong. Mr. Horn attributed it to oversupply of new condominium product in some Manhattan neighborhoods. In supply-constrained areas, the market is still steady, he said.

"It's an unusual shift because interest rates are so low," he said. "You would think that with pricing lower and interest rates lower, your buyer pool would be bigger. But people tend to buy in an inflated market as opposed to a market where they should be buying."

Real-estate agent Stan Ponte of Sotheby's International Realty, who is helping to market the property with colleague Joshua Judge, said it is "a solid buyer's market."

"Everyone knows it," he said. "The buyers and the sellers."