Famed soprano Renee Fleming is putting her Upper West Side penthouse on the market for $6.895 million amid a planned move to Washington, D.C.

The Grammy award-winning performer assembled the apartment on West 86th Street from two apartments purchased for $4.26 million in 2007, public records show. The resulting roughly 3,000-square-foot home has four bedrooms and a large terrace that wraps around three sides of the building with views of Midtown and Northern Manhattan. There is also a home office with a separate entrance.

Since her two daughters were teenagers at the time of purchase, Ms. Fleming decided to put the master suite on the south side of the building and her daughters' bedrooms on the north side to give them privacy. She said she was drawn to the apartment for its large wall spaces, which allowed her to display her art collection, which includes a large tapestry depicting a portrait of her by artist Chuck Close.

"It's a little disconcerting to walk past your face," she joked. The art is not included in the sale.

Ms. Fleming said she has spent many hours tending to plants on her terrace, and has hosted evening dinner parties under its wisteria-clad trellis. She frequently bikes up and down the Hudson River between shows at the Metropolian Opera, Carnegie Hall or Lincoln Center, she said.

Ms. Fleming, 60, said she is moving to Washington, D.C., to be with her husband Timothy Jessell, an attorney who lives there. The couple married in 2011, but Ms. Fleming said she put off relocating because one of her daughters was still in school in New York.

The move won't impact her career, since she is always on the road, she said. "When people ask me where I live, I say, 'You mean where do I keep my things?'"

Ann Cutbill Lenane of Douglas Elliman has the listing.

Corrections & Amplifications: An earlier version of this article erroneously stated that the apartment has a view of Central Park. (July 24, 2019) 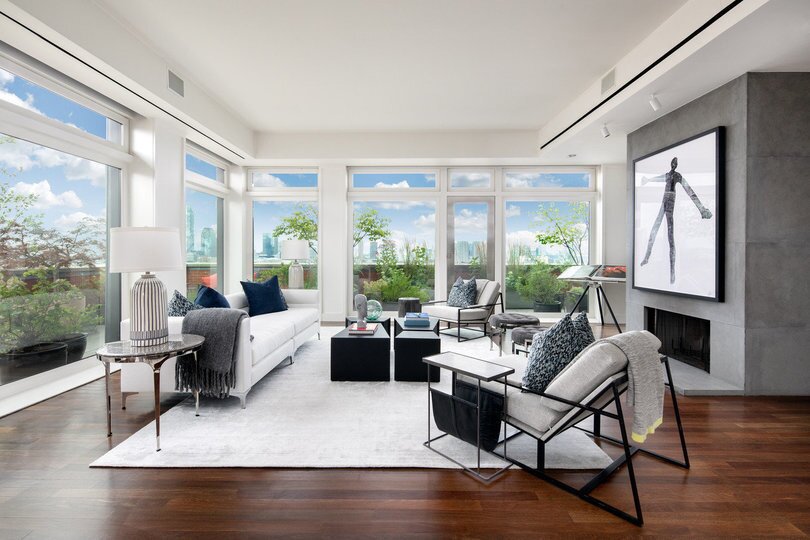 Oscar winner's four-bedroom apartment, which spans an entire floor at River Lofts, is returning for 26% less than the original price

Grammy-winning opera singer is listing her 3,000-square-foot home with a wraparound terrace for $6.895 million